A word of advice: Do not use feedback in this situation… 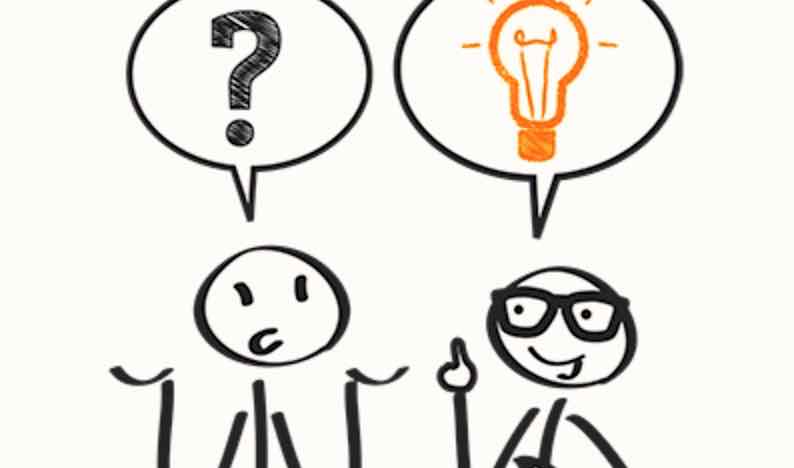 Do you sometimes ask your colleagues or employees for feedback? You might want to stop that, as new research shows there is a better way to enable you to grow and improve…

There are few things as important as feedback if you want to grow and improve at work and contribute to an efficient workplace. Still, feedback at work seems to be a rare commodity in today’s society. In a large study recently completed at The Royal Institute of Technology in Stockholm, around 500 managers were studied and filmed during a seven-year period. Focus was on their leadership, for example how much time they spent on feedback.

The results were not uplifting. The managers estimated spending around 40 per cent of their time giving feedback, but the footage showed a different, more sombre truth: it was actually only 2 per cent! What the managers perceived as feedback was really just general chit-chat about work or direct orders.

If getting feedback on your performance is so difficult, you could just ask for it, could you not? However, then feedback is perhaps no longer the right word, according to a recent study at Harvard Business School.

Researchers conducted four different studies where they asked the subjects to judge the quality of different work performances, among other things marketing strategies, university lectures and job applications. The subjects were encouraged to comment on the different performances and half of them were instructed to give “feedback”, while the other half were asked to give “advice”.

It turned out that the feedback groups were vague and generic in their comments and thought most things were good, whereas the advice groups were more specific and more action-oriented in their comments and also dared give examples of the things they did not think were very good. The advice groups also had many more suggestions for improvement, as well as alternative solutions.

The researchers believe that the explanation lies in the wording. Feedback makes people think of an evaluation of something that has already happened, which to many may feel a little scary to offer. Advice is more focused on the future and the possibilities it may hold, and thus the word is less charged.

Of course, this does not mean that you in your manager’s role should cease to offer feedback to your employees. In fact, rather the opposite. As mentioned above, several studies have shown that feedback on the work you have done is essential for learning and growth. The problem is that very often the feedback given is presented (or perceived) as personal criticism rather than the help towards insight and growth it is intended for.

It may however be wise to consider your choice of words when you ask others to give you their thoughts on your work. Being asked to give someone feedback can feel quite intimidating to many people, although most of us are happy to offer a word or two of advice.

Ps. Are you contemplating giving us some feedback on our latest blog post? Please don’t. But feel free to offer some good advice for future improvements….