The scientific way to be wrong, and still be right… 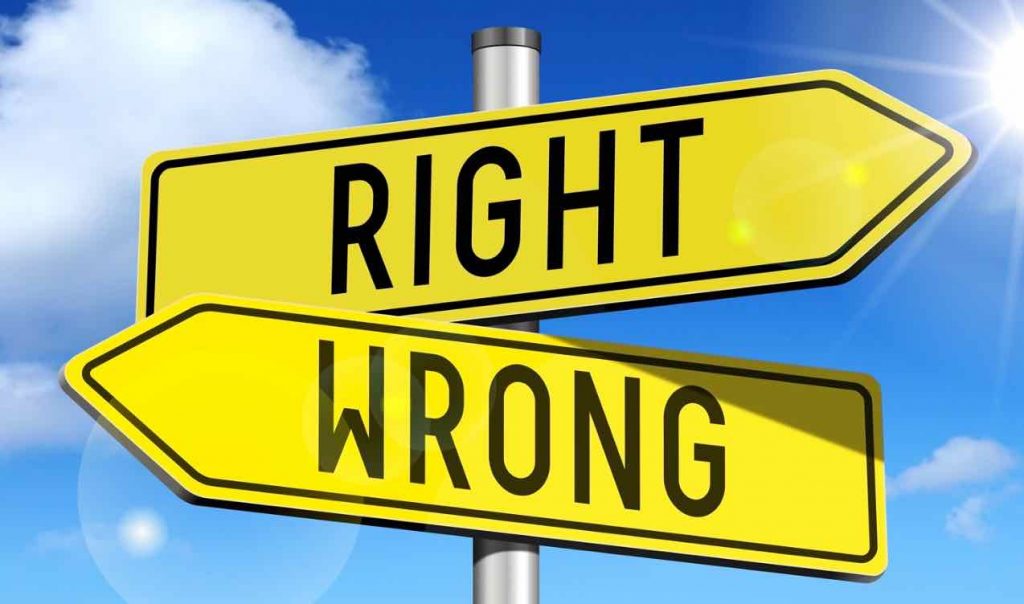 Does it ever happen that you are completely sure about something, but it then turns out that you were wrong? Then you need to be “wrong in the right way” in order not to lose people’s respect…

To be a manager and a leader involves having to make quite a number of decisions, choose between different options, support one idea and reject another, have opinions about what you think is good and bad and many other situations where you risk making a mistake. Regardless of how good you are, you simply cannot predict the future!

When you have made up your mind about what you think, you are likely to have to argue your point. In order to get your colleagues on board, it is good if you come across as confident and know what you are talking about.

But confidence can be expressed in two ways. Either verbally, where you express in words why your decision is the best one. Or you can use your body language, your voice and pitch, your eyes, etc, to show that you are someone who can be trusted.

If your decision, idea or opinion turns out to lead to success, all is hunky-dory. However, if things go wrong, how will you be perceived? Might it perhaps have been better to show some doubt and uncertainty about what to do, already from the start?

According to an article in Harvard Business Review, an American team of scientists from New York University, The University of Utah Eccles School of Business and The University of Notre Dame, decided to find out. In a series of studies, they let a large number of subjects choose between several candidates for a collaboration to solve a set problem. Some of the candidates had been instructed to appear confident (either verbally or non-verbally through confident body language) and some had been asked to appear to doubt their own ability a little.

Of course, most of the subjects chose the confident candidates to work with, regardless of whether they expressed their confidence verbally or non-verbally. But, and this is where it becomes interesting, at this point the scientists revealed to the subjects that none of the candidates were very good, that all of them were actually quite mediocre in this particular area! The subjects were given the opportunity to choose again, and this time their choices were very different:

• The candidates who had shown themselves to be confident through verbal means were all of a sudden more or less ruled out.

• The candidates who seemed a little insecure soared to second place.

• The candidates who ended up with the most votes this time were those who had shown confidence through non-verbal means, for example through a convincing body language, a clear and steady voice and who made steady eye contact.

The scientists repeated their studies with different kinds of tasks, with only male or only female candidates and by showing the subjects the candidates in a video or in real life. The results remained the same.

We can therefore draw a few conclusions:

• If you only want to convince someone that you are right, you should work on your argumentation skills.

• If you want to prepare for perhaps being wrong occasionally, you ought to practise expressing a certain degree of doubt and humility sometimes.

• If you want others to trust you, regardless of whether you are right or wrong, you also need to work on your body language, your gestures, voice, pitch, how you use eye contact and every other means of non-verbal communication.

Does this make sense? Well, the scientists are quite confident, verbally…