Work four days, get paid for five. A dream or potential reality? 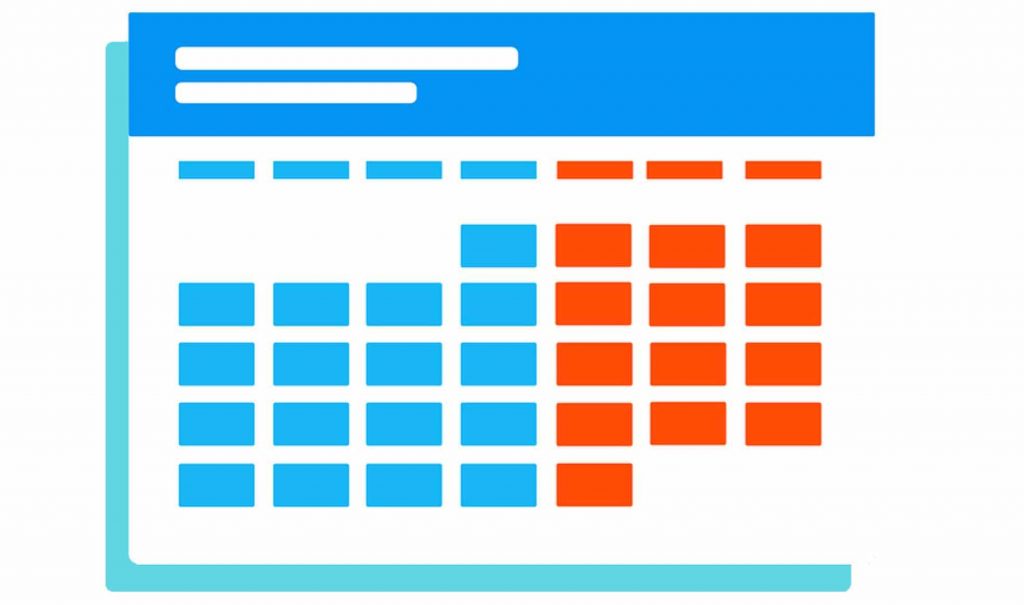 How would you feel about only working four days a week, but being paid for five? Does this sound like a dream, or rather like a dangerous change which would risk the whole company’s existence…?

A few weeks ago, there was some eyebrow-raising news from Microsoft in Japan. They announced that they had, as part of a trial, given their 2,300 employees every Friday off for a month. The salary, however, remained the same, despite the four-day work week.

The results of this trial were quite extraordinary. Productivity, measured in sales per employee, increased by 40 % compared to the same period the previous year. Microsoft are now planning to try similar programmes in other parts of the organisation.

This is however not the first time a company has introduced a four-day week with the salary intact and the results excellent. Just over a year ago, New Zealand-based legal advice firm Perpetual Guardian, did the same thing with their 240 employees. The experiment was monitored by two independent researchers and proved to be so successful that the company has now switched to the four-day work week permanently.

There are many more examples of companies introducing a four-day week with the same pay as the previous five-day week, and in most cases the advantages were obvious:

• The companies were equally productive, and in several cases even more productive, even though the staff worked only four days instead of five.
• The stress among the staff decreased, even though they were doing at least as much work, but in a shorter amount of time. This was explained by the staff feeling more motivated and engaged in their work and that they also felt they could be more creative.
• Team building and collaboration improved as there was a stronger goal focus.
• There were fewer sick days and the employees felt happier.
• The company’s cost for electricity, cleaning, consumable office supplies, etc, was reduced.
• More people wanted to stay in the company and it was also easier to recruit new staff.
• More people felt they had a better work-life balance and the loyalty towards the company increased.

Even if a four-day week (or any other form of reduced work week) is a distant dream for most of us, many researchers and other professionals think that this is where we are ultimately heading. Some arguments for this:

• Several different studies show that the younger generations, especially those starting their first job now, are attracted by the idea of a shorter work week. The younger generations are also more prone to ”infidelity” than previous generations, in the sense that they have no problems leaving their employer for another if a better offer comes up. In the same way, they do not regard an employment as something really valuable and attractive in the way their older colleagues might do and they are more likely to try different jobs before they find what they want to do.
• The automatisation of both simpler and more complicated tasks is taking place at the speed of light and many occupations may more or less disappear over the next few years. This means that many people will have to retrain, or to share the tasks that are left.
• Burnout and work-related injuries and diseases are on the rise, costing both the companies and society a lot of money. Often, these injuries and diseases are linked to many people struggling to juggle everything and work taking too much time away from the time needed for family, friends, rest and the extra-curricular activities that give your life a healthy balance.

You could of course argue against the four-day week. It is for example not compatible with all types of work (unless you hire more people, of course, which will cost more money). Some places need staff present more or less 24/7, for example hospitals. If you were to show up at the A&E with a broken leg, a “Closed Friday – Sunday” sign on the door might be rather upsetting…

Most of the companies that have successfully introduced a four-day work week are quite small. For larger companies, it seems more complicated. In the UK, for example, Welcome Trust, the world’s second largest charity sponsoring medical research, were planning on introducing a four-day week earlier this year. However, the idea came to a halt when the company felt it would be “too complicated” to do, as they realised that some staff, for example in IT, were indispensable and needed to be there every day. From a fairness perspective, the organisation therefore decided to stop the plans of the four-day week.

Another argument against the four-day week is that customers would react negatively if all of a sudden, it became more difficult to get in touch with the company. Or perhaps that there would be an increased risk of costly overtime, especially during extra busy periods. Or that employees who cannot fit everything into the four days would feel obliged to work overtime for free. Some might argue that some people actually want to work a lot. Or that the company would become weaker against the competition, as the productivity surely would be negatively affected if you only work four days instead of five…

Introducing a four-day week seems to have both advantages and disadvantages. And that is somehow the heart of the problem. People are by nature suspicious to change. We have a tendency to see change as a risk and therefore prefer everything to stay the way it has always been. We simply seem to focus more on potential disadvantages than on potential benefits. In research speak, this is called a “status quo bias”, or in plain English, “we know what we have got, but not what we might get”.

This year marks the 100-year anniversary of the introduction of a law in Sweden that limited the work week to eight hours a day and six days a week, i e a maximum of 48 hours per week. This change was preceded by a lot of political disagreement, with some voices claiming this would lead to reduced production. In the 1960s and the 1970s, new laws were passed that stipulated a five-day work week and a maximum of 40 hours work per week. This is where Sweden is still today, even if the total number of working hours has gone down a little, for example thanks to longer holidays.

So, whether we live in Sweden or elsewhere, many of us seem to have adhered to more or less the same working hours for many years. Does this mean that we have found the ideal solution? That our work-life balance is perfect, with no room for improvement? That we are working the ideal number of hours for us and the company to prosper?

Or are we simply afraid of change?